Where are the First 750 Selmer Paris Saxophones

Have you ever wondered why most Selmer Paris saxophone serial number charts start at 750? Even the chart published by Selmer itself starts at 750. Did Henri Selmer really decide to start saxophones at 750 or are there 750 mysterious saxophones unaccounted for in these published charts? The answer is the latter. The first 750 saxophones that bear the name H. Selmer are indeed left off of these charts. In this article, I explain why this is and what these first 750 saxophones are. 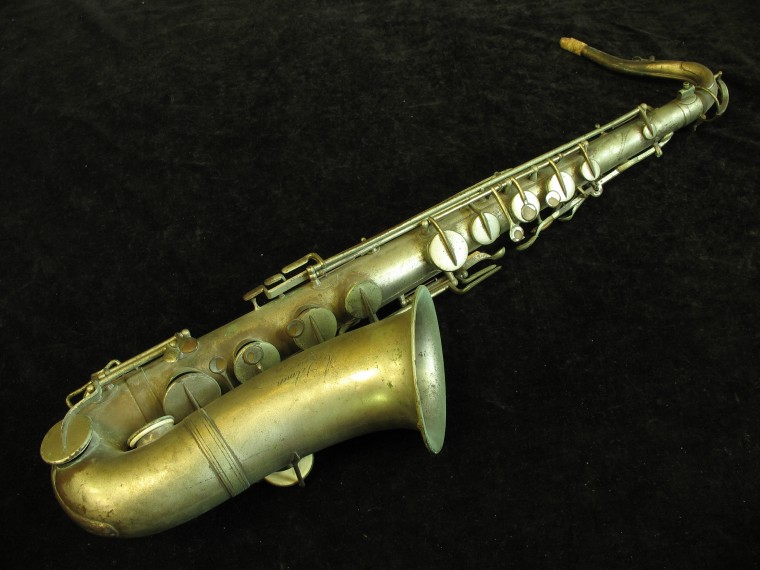 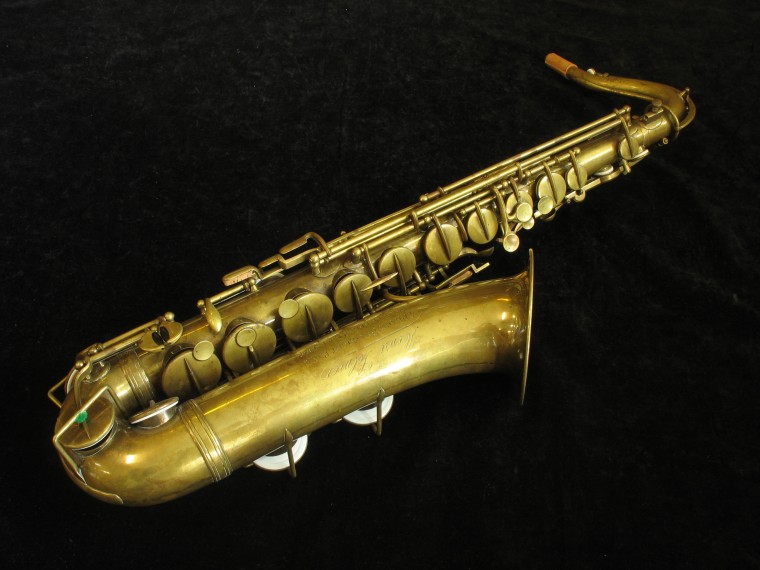 It was very antiquated in its overall design. The only specimen that I know of is a tenor with serial number 249 that can be seen in the Saxquest Saxophone Museum in St. Louis, MO. This first series was probably produced up until about 1910. I call the second series the St. Louis Gold Medal model, named for its engraving. It had much more intricate and modern keywork and was equipped with a unique single octave key mechanism. The earliest serial number I know of for this model is 675, also from the Saxquest Saxophone Museum collection. Its production most likely spanned from about 1910-1921. It wasn't until 1921 that Selmer actually made a saxophone from start to finish in its own factory (the Serie 1922 model) starting at about serial number 750. Thus the reason for serial number charts starting with 750.

After being awarded a gold medal for clarinet design at the Saint Louis World's Fair - Louisiana Purchase Exposition in 1904 and facing stiff competition from other important french manufactures such as Evette-Schaeffer, Buffet-Crampon, Couesnon and Noblet, Henri Selmer was emboldened to diversify and industrialize his instrument production. In addition to the entire family of clarinets, Selmer began to manufacture bassons, oboes, english horns, flutes, and yes, SAXOPHONES. This expansion was facilitated by opening a new workshop in Méru and a factory in Gaillon in 1912.

While it's not known exactly when Henri Selmer first started the saxophone business, its likely that the first saxophones bearing the H. Selmer name were produced around the time or shortly after the 1904 St. Louis Exposition. According to written recollections from George Bundy, these first Selmer saxophones were manufactured in collaboration with Adolphe Sax Jr. (Adolphe Edouard Sax 1859-1945). They were produced as stencil horns by Sax at his 51 Rue Blanche factory in Paris. This factory was in operation from 1895-1907 after which Adolphe Sax Jr. relocated his factory to 84 Rue Myra in Paris.

Side-by-side comparisons of the H. Selmer Signature series saxophones show them to be nearly identical to the instruments that Adolphe Sax Jr. was making around the turn of the century. From the key guards to the bell-body brace, the only thing that differentiated these early Selmer Paris stencils from a pre-1907 Adolphe Sax was the stamping on the bell. 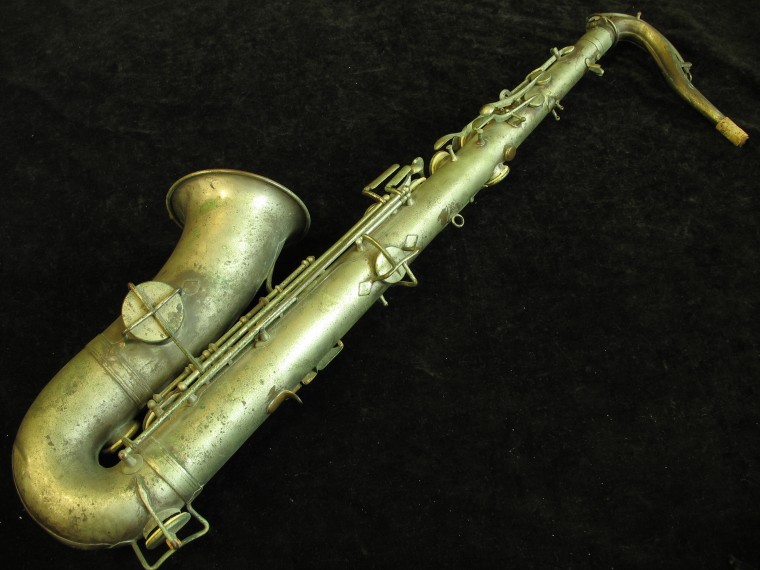 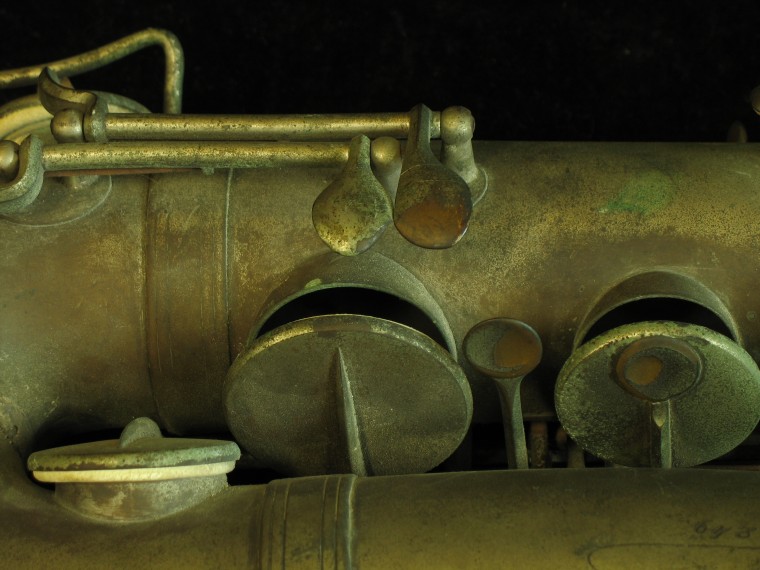 They were only keyed down to low B. They still had the antiquated double octave mechanism. There were no rollers of any kind and the key touches were all metal. In fact, there are only 2 major improvements these saxes had over that of the original Adolphe Sax design. First, the upper and lower stacks were each hindged on a single rod. This alligned the stack posts allowing them to be attached by rib construction as opposed to being soldered directly to the body tube. Second, these saxes were equipped with three side keys due to the addition of the side C key; a very humble start for a company that would eventually dominate the saxophone market. 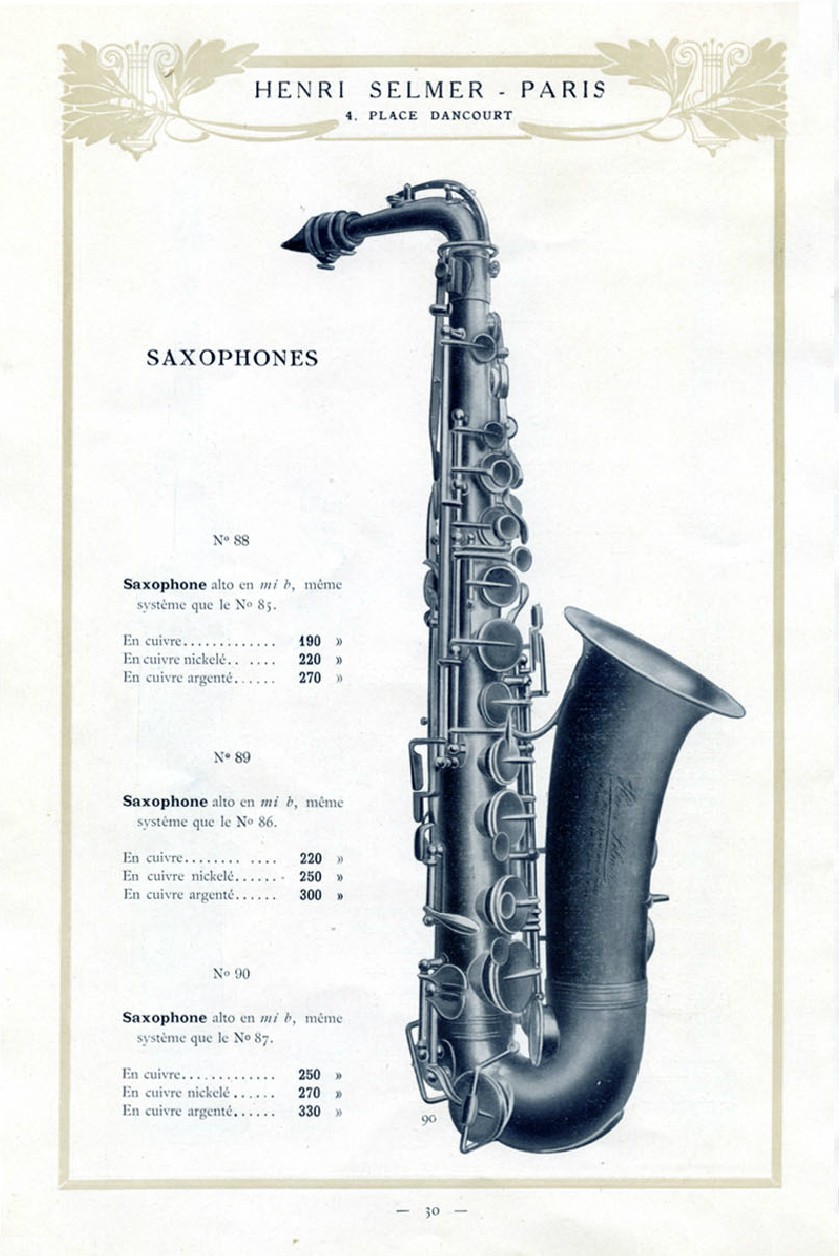 The St. Louis Gold Medal Model saxophone was the first saxophone actually designed by Selmer, although still manufactured in the shop of Adolphe Sax

Jr. at 84 Rue Myrha in Paris. The earliest record of this model saxophone is from a 1910 Selmer Paris catalog. Saxophones of this vintage are referred to as the gold medal model because they are all engraved or stamped "Medaille D'OR St. Louis 1904" in recognition of the St. Louis Expo gold medal. These instruments were manufactured in Bb straight soprano, alto, tenor and baritone. C-melody was also added later in the production run. 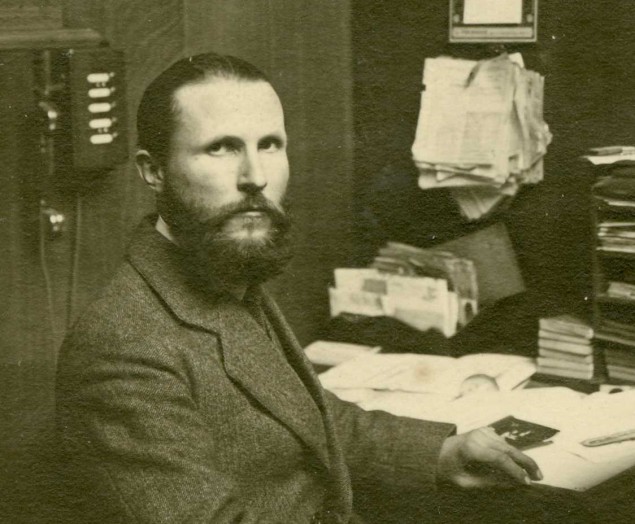 er in 1910. The Lefevres were master craftsmen and Henri had manufactured several instruments of his own making that bore his name. It was one of these Henri Lefevre saxophones that caught the eye of Henri Selmer. The design was radicallly different from the saxophones that Selmer was having stenciled by Edouard 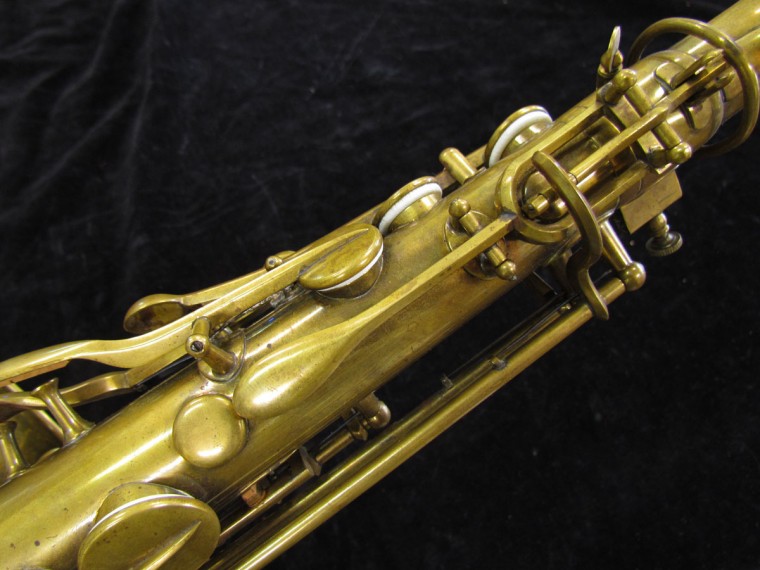 Adolphe Sax prior to 1910. For one, the Lefevre sax was keyed down to low Bb with both bell keys facing to the left (as you play the instrument). The other distinct advantage was a unique single key octave mechanism. Because Selmer was not tooled for saxophone production in 1910, this new model was again stenciled at the Adolphe Sax workshop. However, this time, it was done using Henri Lefevre's design and with his direct supervision. This arrangement forged an even closer relationship and intermingling between the factories of Henri Selmer and Adolphe Sax Jr. which culminated in 1928 when Selmer bought the Adolphe Sax factory, tooling, patterns, inventories and all rights to the name.

1910 also marked the return of Alexander Selmer (Henri's brother) to France from America where he had enjoyed a 15 year illustrious career as solo-clarinettist with three major Orchestras, the Boston Symphony Orchestra, the Cincinnati Symphony Orchestra and the New York Philharmonic Orchestra. His return was prompted by ever-increasing demands being made for Selmer instruments. The US demand was almost entirely fueled by Alexander's reputation as a great player and by him establishing a retail storefront/repair shop in New York.  When Alexander left, his star pubil, George Bundy, was left in charge of the Selmer New York store which he purchased from Alexander Selmer (thus the beginning of Selmer USA).